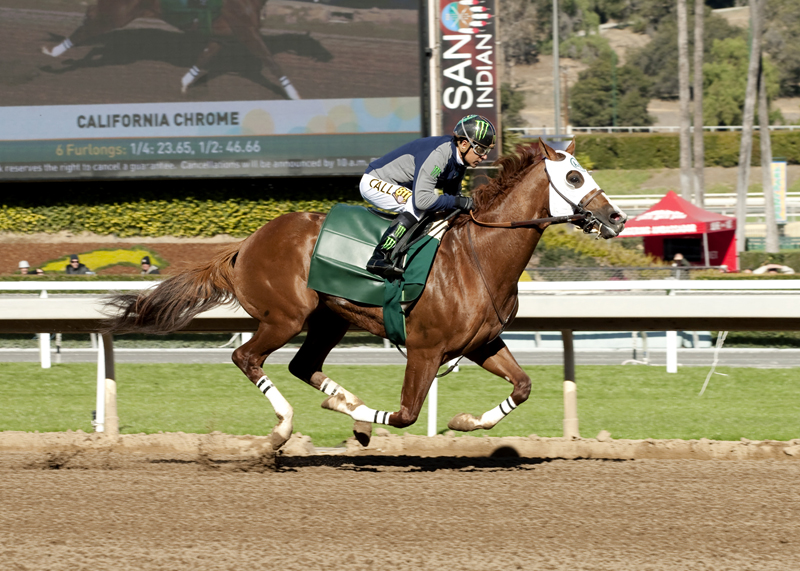 In his final work in preparation for Santa Anita’s grade 2 mile and a sixteenth San Pasqual Stakes, reigning horse of the year California Chrome worked a snappy six furlongs in 1:10.04 under jockey Victor Espinoza. According to trainer Art Sherman “he looks so good it makes me nervous”. Making his five-year year old debut on January 9, the 2014 Kentucky Derby and Preakness winner has his trainer thinking big for 2016. “I think he could have a big year,” says Sherman. “He is bigger and stronger than he has ever been and he looks awesome.” © Benoit Photo