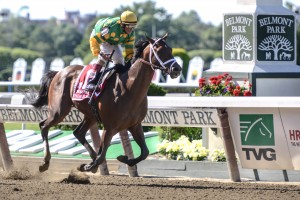 When Saratoga opens its historic gates July 19 for the 146th time, look for current racing superstar Palace Malice to be on hand. With 4 wins in 4 starts in 2014, this four-year old son of Curlin has his sights set on the $1.5 million Whitney Handicap. Run at a mile and an eighth on the historic dirt course, the Whitney will likely attract heavyweights like Will Take Charge, Revolutionary, and recent Stephen Foster winner Moonshine Mullin just to name a few. With 2 wins and a 4th place finish in 3 lifetime starts at Saratoga, Palace Malice seems to like the Spa. In his last start for trainer Todd Pletcher, Palace Malice won the Met Mile at Belmont Park on June 9. The Whitney is scheduled for August 2.