Running strong in Belmont was Essential 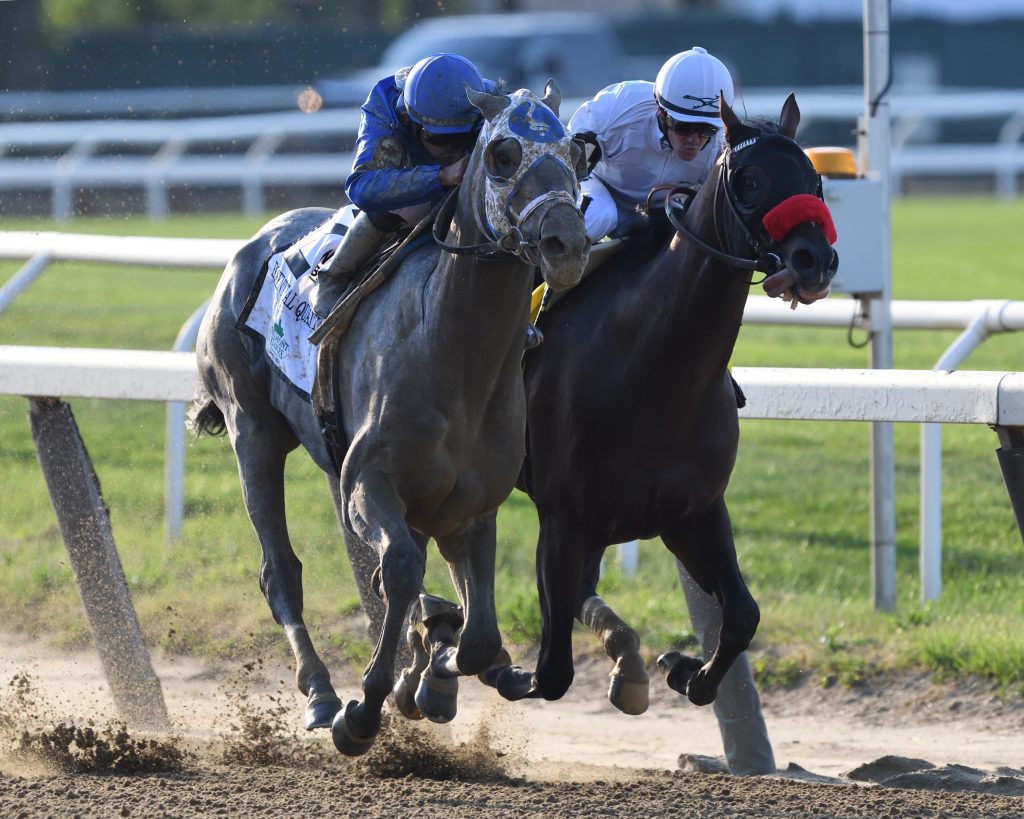 RUNNING STRONG IN BELMONT WAS ESSENTIAL

They have called the Belmont Stakes the “test of a champion” for many years now. This mile and a half saunter around Big Sandy is no doubt a challenge. The 2021 edition saw a champion facing questions, and he answered them all correctly.

Essential Quality has been a horse that has had a lot going for him. A versatile runner with amazingly good looks, this striking son of Tapit has been sensational during his young racing career. The only blemish for the 2020 Juvenile Champion was a fourth place finish in this year’s Kentucky Derby. Beaten just over a length after a wide trip resulted in him running farther than any of the finishers ahead of him, his loss allowed naysayers a chance to crow. He answered all those with a brilliant Belmont run.

Coming into the world’s most famous race, Essential Quality was a deserving morning line favorite. Unbeaten and conditioned by one of the most talented trainers in the game, the Kentucky Derby looked to be his for the taking. Brad Cox is a Louisville native and his conditioning skills had allowed him to be named top trainer for 2020 with an Eclipse Award. Sounded like the ingredients made for a movie. But then the race happened and a nineteen horse field and a wide trip got in the way.

Fast forward to five weeks later and this test at Belmont Park gave Cox and his Quality an opportunity to answer. There were only seven horses opposing this time, but running strong would be Essential. Coming from a father that had produced three previous winners of this race ( 2014 Tonalist, 2016 Creator, 2017 Tapwrit), his bloodlines said he had it in him, but putting it down on paper would be most important.

The primary opposition here was thought to be Hot Rod Charlie. Running with a big block engine, he had taken the Louisiana Derby in gate to wire fashion and had finished a nose in front of Essential Quality in the Kentucky Derby. These same two had dueled in the Breeders’ Cup Juvenile in 2020 with Quality coming home first after a stretch battle.

When the gates opened the Hot Rod bolted to the lead and was pressed early. Setting a sizzling opening quarter (22.78) and half mile (46.49) fraction for this long of a race, Charlie was hitting the gas pedal early. As Essential Quality began moving up as the race unfolded, the stretch run at Belmont gave us all the answers.

With a quarter mile left to go the Belmont boiled down to a match race between a Hot Rod and Quality. Heads apart they fought with the courage that is Essential to being a real race horse. As the wire drew ever closer and the adrenaline flowed, these two heavyweights were throwing hay makers. In the final yards Essential Quality pulled clear to win by a length and a quarter in a final time of 2:27.11.

The super game effort of Hot Rod Charlie was a major benefit to the winner as he answered the questions about his Quality. To beat a runner like that, a big effort was Essential from all associated with the Brad Cox team. Once again we found out if you want to win the Belmont Stakes, a horse must have some Essential Quality.